ReoGrid 0.8.9 supports excellent graphics drawing functionality. From this version, it is possible to add and show graphic shapes like rectangle, line, rounded rectangle and images on worksheet. ReoGrid also support to read the floating objects from Excel file; by using this functionality, it would be able to display an Excel-based drawing report such as workflow chart in .NET application. 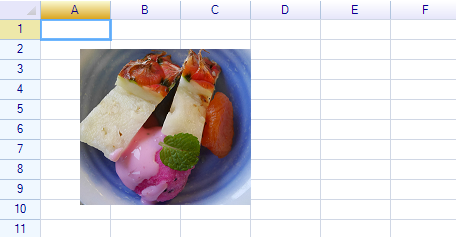 ReoGrid 0.8.9 has a built-in platform no-associated graphics interface that was designed to render graphics on different platforms, the rendering engine can work in both Windows Form (GDI) and WPF, as well as to use Hardware Acceleration (Direct2D) to get excellent graphics performance in future version.

Using the graphics interface provided by ReoGrid instead of GDI and WPF classes will make the code can work on multiple platforms.

An interface for custom data formatter has been introduced from this version, see Custom Data Formatter.

The 0.8.9 ReoGrid core includes many improvement and differences compared to old versions, to implement the drawing and chart on different platforms (WinForm and WPF) there is an independent graphics module has been introduced, which was designed to be used instead of classes from System.Drawing  (WinForm) and System.Media (WPF) what provided by .NET framework, the new graphics interface keeps high compatible to convert between the classes from System.Drawing and System.Windows.Media.

The following points are the differences should be noted when upgrading to 0.8.9.

Use Point, Size and Rectangle classes

All classes are included in unvell.ReoGrid.Graphics namespace.

The Point, Size and Rectangle classes have the properties such as X, Y, Width and Height, these properties are defined as float in WinForm edition, and defined as double in WPF edition.

The following classes has been renamed, added or removed.

Do not use directly the GDI objects unless special cases

In old version before 0.8.9, to do owner drawing it might be necessary to use the GDI classes such as Brush and Pen object; In 0.8.9 and later, use the render method of graphics interface and just pass the color object (SolidColor) to specify the color of object.

Before 0.8.9: Use GDI brush and graphics interface to draw object

After 0.8.9: Use ReoGrid graphics interface to draw object

The second code can work on both Windows Form and WPF platform.